The inside story of Vancouver’s latest reality TV series

The Ultra Rich Asian Girls (of Vancouver) held a press conference to announce their new show. The first episode is scheduled to air on You Tube on 10.26.14 at 7:00pm PST. Simply search You Tube for HBICtv. A total of 13 episodes have been filmed and a new episode will be posted each week.

Today was the day the public got their first glimpse of the fabulous four. However, by coincidence, I’ve met cast members several times at various events. Each time the cast was respectful to those around them. If there was cattiness or drama it wasn’t displayed outward towards the public. As episodes begin airing it will be interesting to see if my perceptions of the cast align with their on screen personas.

Today was my opportunity to have a meaningful conversation with each cast member. We were able to chat about their backgrounds, interests and aspirations.

For those unfamiliar with the premise of the show, the camera will follow the daughters of four wealthy Chinese Canadians as they shop, dine and attend social functions.   Cast members have dined at Black + Blue restaurant and gambled at River Rock Casino. Events like the Deighton Cup and the Luxury & Supercar Weekend took place in Vancouver. However, I’ve heard one episode involved a weekend European get-away. I’ll tune to see designer fashion and activities that go well beyond what I could spend in an evening.

Here’s the cast in order they were seated at their press conference. 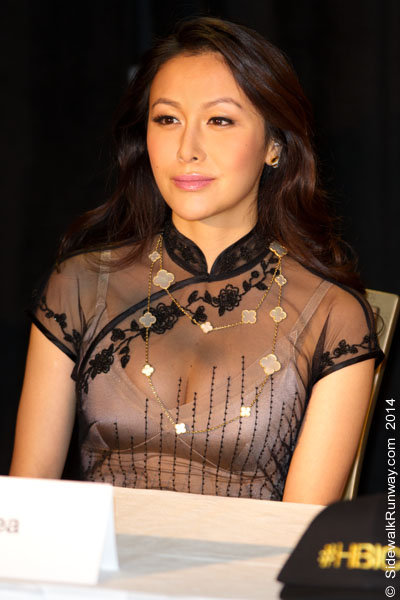 R!c’s nickname for Chelsea – Sassy, speaks her mind with a playful yet upfront manner. I imagine she’ll offer the most quotable sound bites.

R!c – What are your career goals?
Chelsea: I will start a clothing line called C3 which stands for Choice, Change and Challenge.

R!c – Please describe your clothing line.
Chelsea – It will be semi-formal dresses ladies can wear to high tea. I’m wearing one of my designs. It’s a transparent Qipao style dress worn over a body con dress.

R!c – What level of involvement will you have with your line?
Chelsea – I come up with the concept, pick the fabric then work with my designer. I currently have 7 pieces and it will take me 1 – 2 years before I’m ready to show my collection.

R!c – What’s the source of your confidence?
Chelsea – My education, personal experiences and my independence. I’m a survivor!

R!c – If you could invite anyone to appear on your show, who would you pick?
Chelsea – Oprah, it would be fun to talk with her. Plus she’s inspiring. 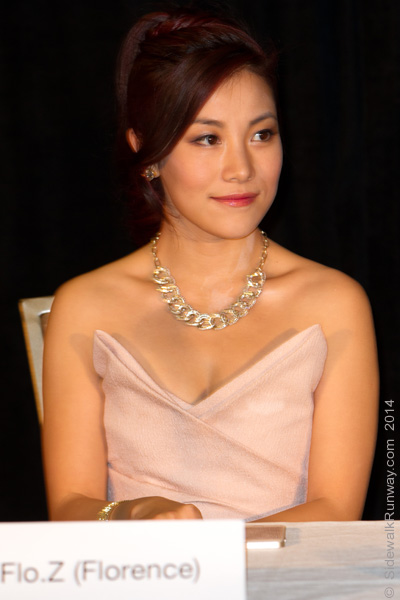 R!c – What are your career goals?
Florence: I will start an active wear line called Flo.Z. I’ve recently incorporated my company and will finance the project with my own money.

R!c – What level of involvement will you have with your line?
Florence – I’ll be involved with every aspect from branding and marketing to design. I’ll be travelling at the end of October to investigate import and export opportunities.

R!c – What’s the source of your confidence?
Florence – My parents, my education, my wide ranging work experience, my interest in self-improvement and my world travels.

R!c – If you could invite anyone to appear on your show, who would you pick?
Florence – I would invite the various friends I’ve met during my world travels. 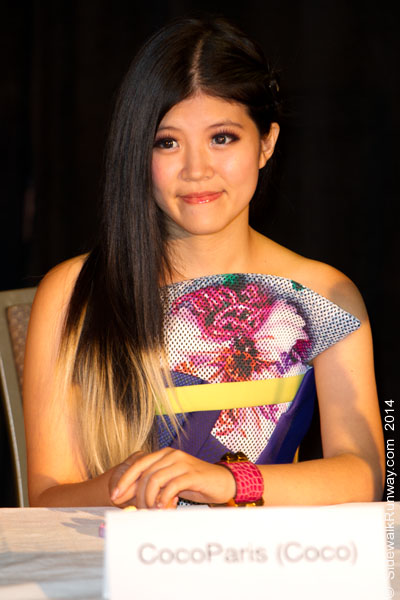 Intro – A 19 year old who travels to five counties a year.

R!c’s nickname for CocoParis – Sweet, as the youngest member she’s kind and optimistic. At Vancouver Fashion Week she wore an outfit covered with stuffed animals!

R!c – What are your career goals?
CocoParis – I want to be an Entertainer (singing, dancing & acting). I’m taking dance and vocal lessons. I’ve recently recorded a demo tape and I’m looking for a suitable music company. I plan to record a CD.

R!c – What style of music do you sing? Do you write your own lyrics?
CocoParis – I like pop music. I’ve written lyrics for fun but I haven’t published anything.

R!c – What instruments do you play?
CocoParis – I’ve been playing instruments since I was 7. I know how to play the Guzheng, flute, drum and violin.

R!c – What’s the source of your confidence?
CocoParis – It’s something I was born with.

R!c – If you could invite anyone to appear on your show, who would you pick?
CocoParis – Selena Gomez and Jolin Tsai. They are my idols and my goal as an entertainer. Selena sings and acts. I like Jolin’s voice and dancing skills. I also like her personality and willpower.

R!c – What’s your favorite reality TV series?
CocoParis – I don’t have one, instead I prefer dramas (movies) that tell a story. 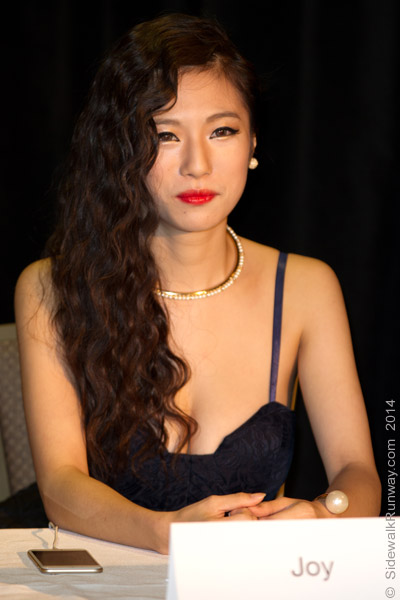 Intro – A 21 year old international student enrolled in a Fashion Marketing curriculum. She moved to Vancouver a year ago.

R!c’s nickname for Joy – Shy, a woman of few words. An old quote reads, “Silent waters run deep.” Meaning I’ll be curious to see what she has to say.

R!c – What are your career goals?
Joy – I want to be a model. In September I walked in my first runway show. I wore a dress by Designer Olya during the Opening Gala at Vancouver Fashion Week S/S2015. It was exciting and my dream would be to walk the runway during Paris Fashion Week (PFW).

R!c – Why PFW? What about NY, London or Milan?
Joy – I want to visit Paris but I have the idea it’s a fashionable and romantic city. Any amateur or professional model hopes to appear in PFW.

R!c – Which Designer would you like to walk for?
Joy – Zuhair Murad

R!c – What’s the source of your confidence?
Joy – My intelligence

R!c – If you could invite anyone to appear on your show, who would you pick?
Joy – I would invite my dad because I always want people to know I have the perfect father. 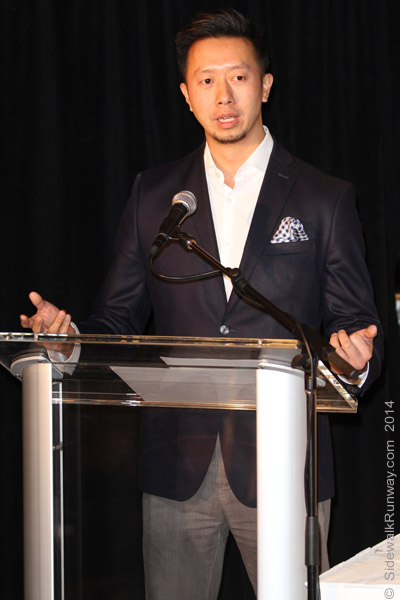 Intro – A TV insider with 16 years experience. He also doubles as a Videographer for the show.

R!c – Asian is a broad term but the cast is exclusively Mandarin-Chinese speakers. Was there interest in having cast members from Japan, Korea, Malaysia etc. in addition to China?
Kevin – Actually CocoParis is from Taiwan. During casting I received global inquiries including Singapore and the US to name a few but it came down to timing and availability. Plus some individual’s families weren’t comfortable advertising their wealth.

R!c – As cast members are filmed chatting at events, have conversations ever strayed to topics of unrest in Asia?
Kevin – The show is about entertainment. History and culture are present as it relates to how cast members grew-up but politics aren’t mentioned in the show.

R!c – Were the cast members friends before the show?
Kevin – No they didn’t know each other. They were handpicked because of their different personalities and experiences.

R!c – Are there any considerations given to having Dorothy Wang (Rich Kids of Beverly Hills) appear in a future episode?
Kevin – If the opportunity arose we would definitely look into it.

R!c – If the You Tube episodes are wildly successful, are there plans to make a movie?
Kevin – No, the cast members aren’t actresses. The show is non-scripted and unfolds organically.

R!c – What’s your favorite reality TV series?
Kevin – Pawn Stars, because you learn the history of each item. I also watch Storage Wars. 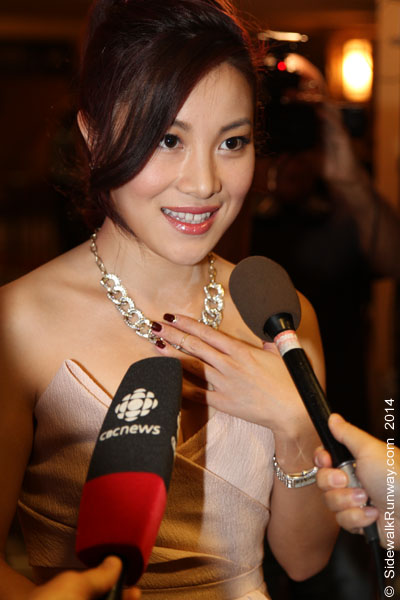 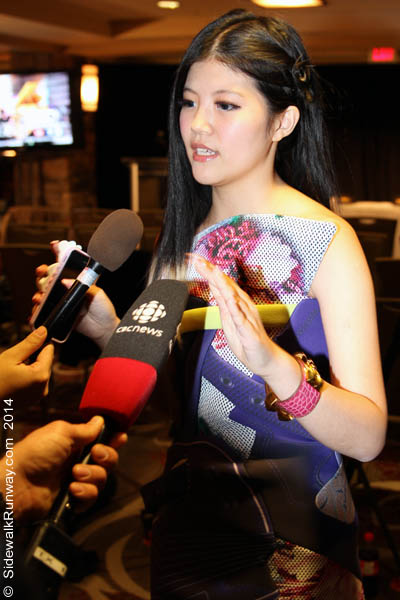 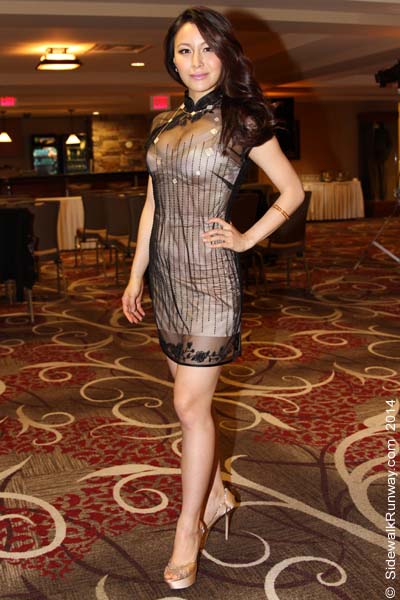 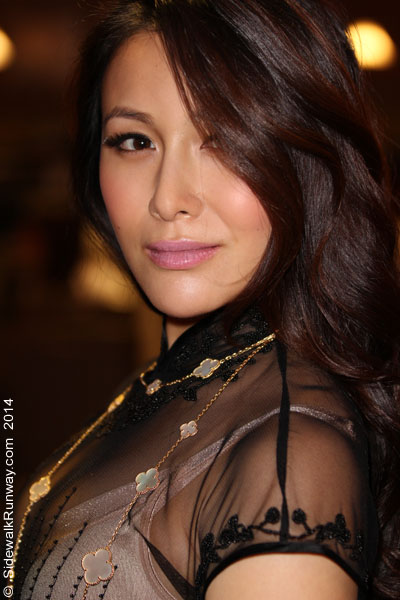 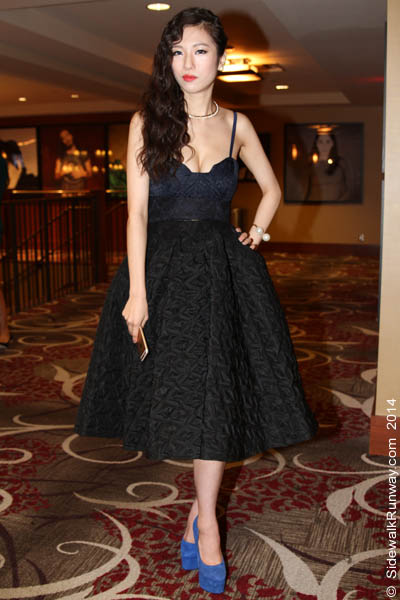 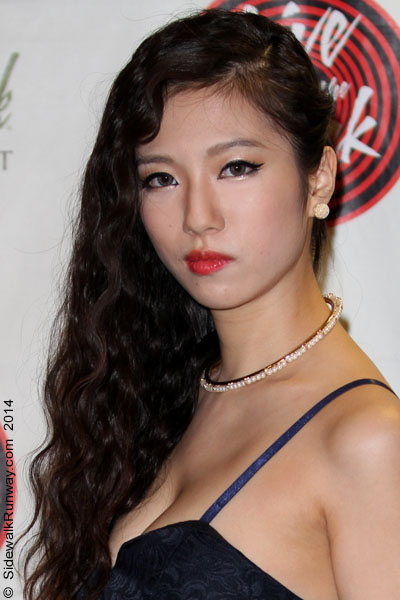 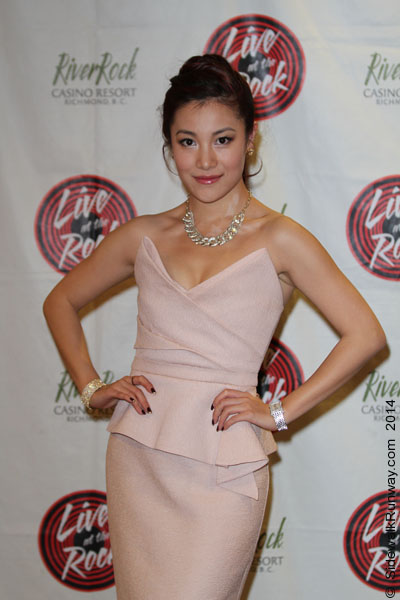 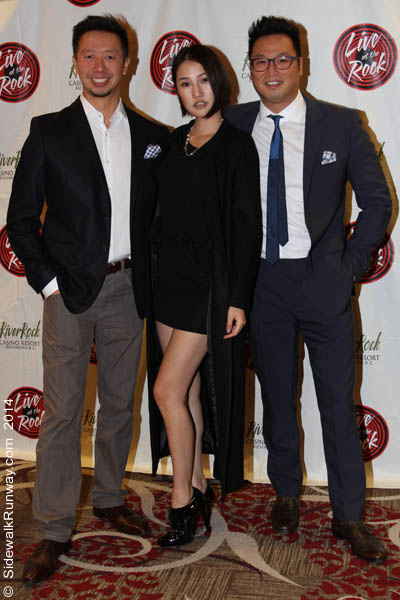 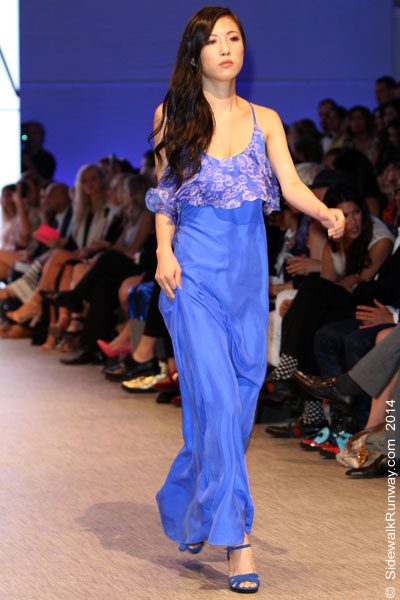 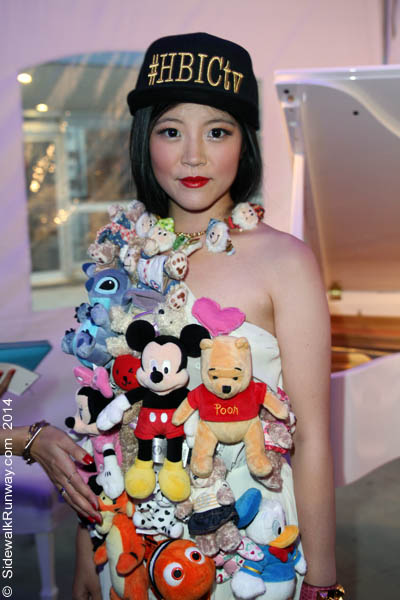 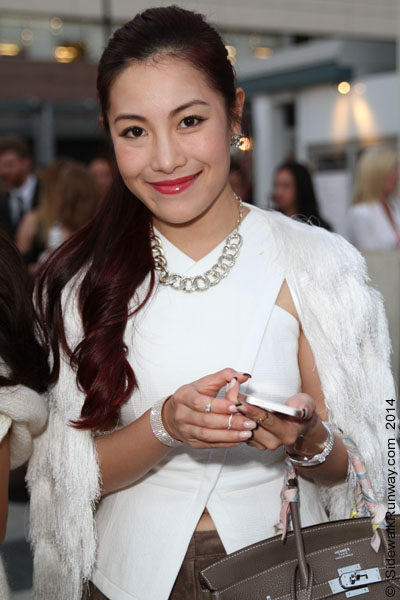 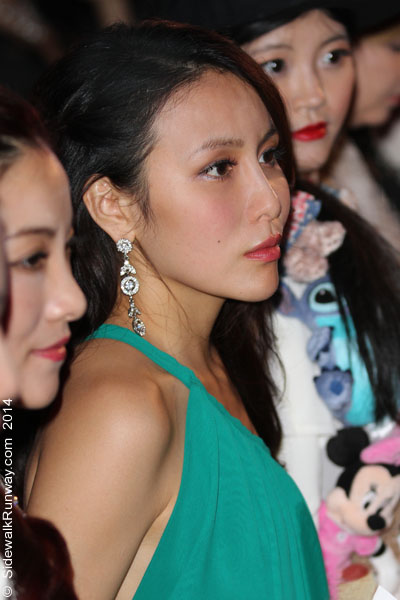 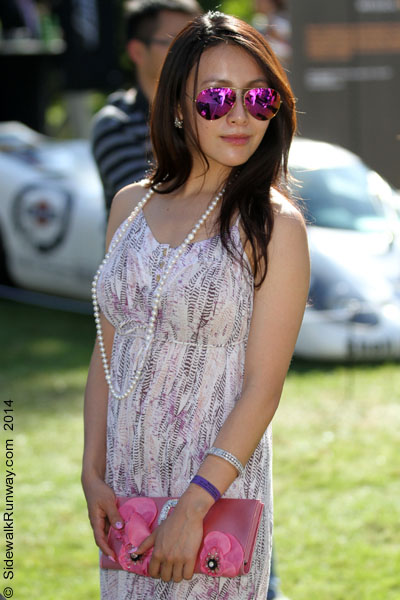 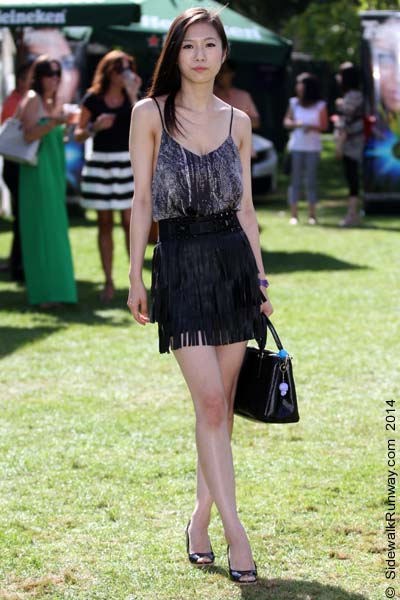 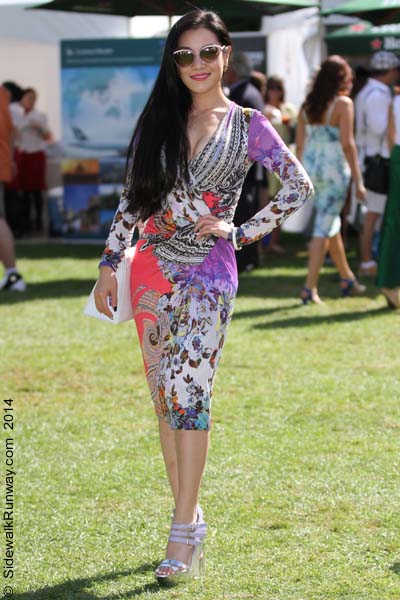 
By random luck I met Flo on the “Sidewalk” in June. She had/has an amazing sense of style and we colloborated a couple times before she before she became a cast member. 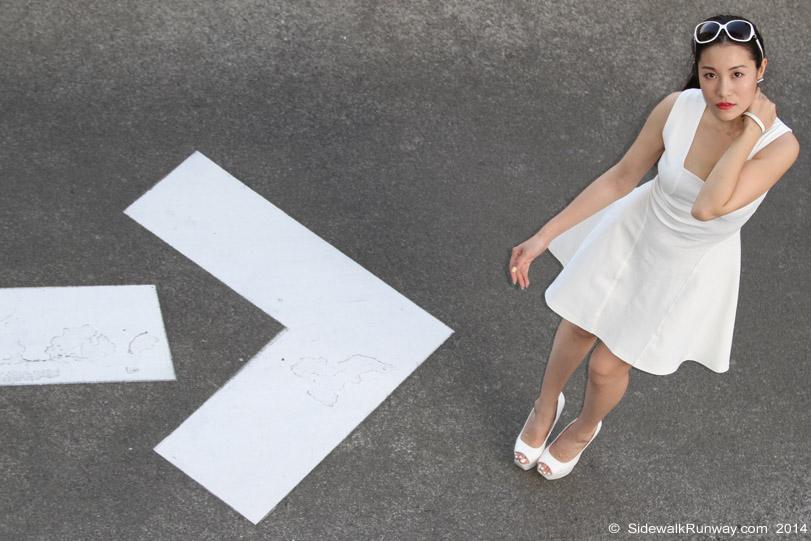 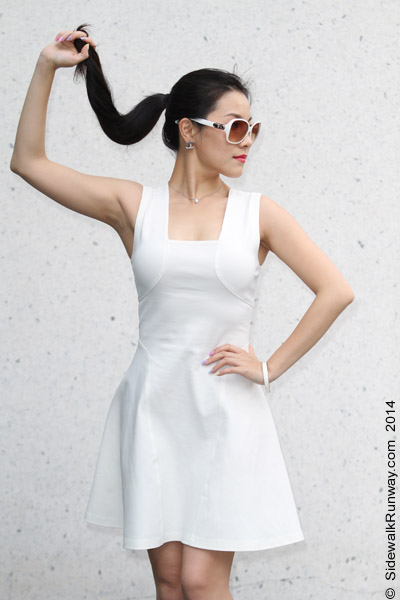 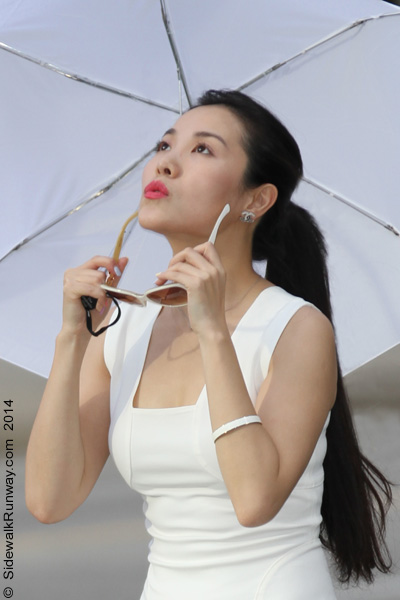 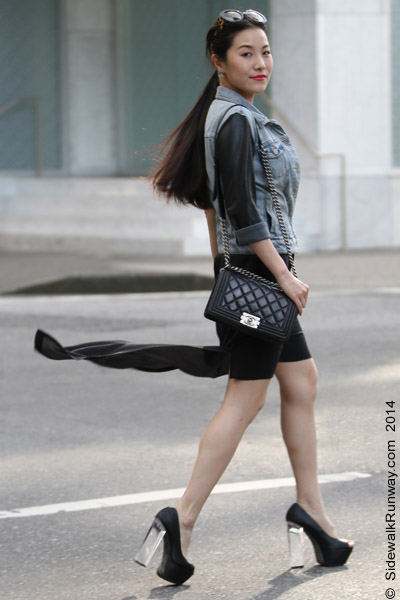 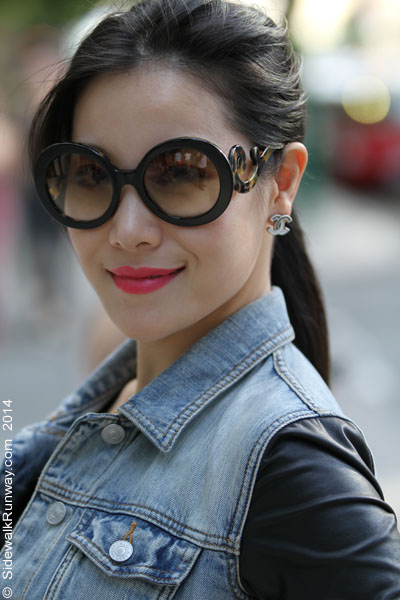 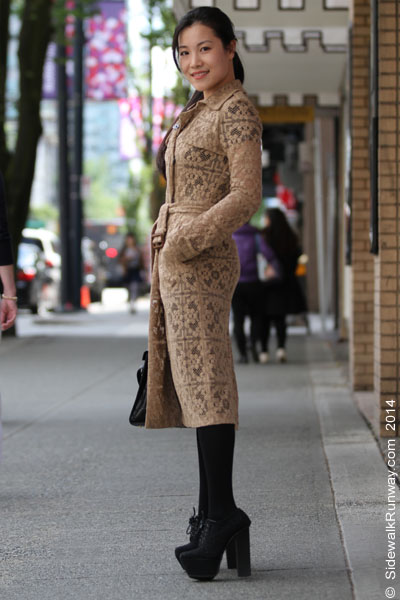 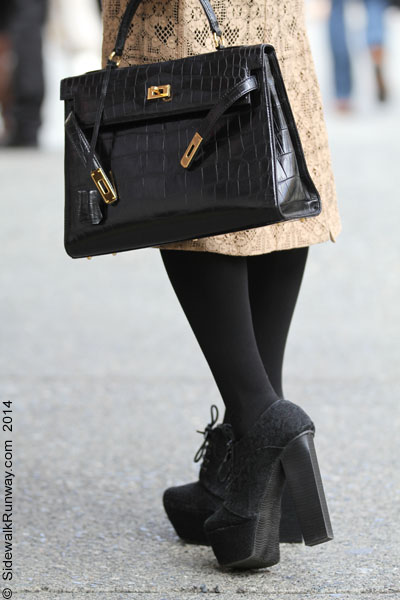 I was curious how the mainstream TV and newspaper media would “spin” the story about the Ultra Rich Girls. The evening of the press conference I checked several media websites. Most write-ups were reasonable but some contained hints of sarcasm. Most seemed to focus on: 1) Was the show scripted, 2) What kind of example are you setting? and 3) How rich is Ultra Rich? Reader comments ranged from supportive to mean spirited and sometimes blatantly racist. One reader said she would start a show called “The Real Rednecks of Vancouver”.   Negative comments were also posted by those within the Asian community. Criticism also implied the show would hinder women’s advances in equality.

I speculate some negative reactions are fueled by the show’s HBICtv hash tag and casting call clip. “Hot B***h In Charge” was an inside joke amongst the girls as they tried to “one up” each other Kevin said. It seemed like a light hearted name to use. He continued the same mindset was used for the clip to announce auditions in June. A couple of the clip’s more outrageous comments were made by girls that are not part of the show’s current cast.

In a TV interview Kevin mentioned he enjoyed “Lifestyles of the Rich & Famous”.   Each week Host Robin Leach (with a distinctive English accent) gave viewers a tour of homes, yachts, cars and vacation spots of multi-millionaires. I speculate the Ultra Rich Asian Girls is a modern day version of the popular 1980’s TV show. The two shows differ in the respect that the Ultra Rich Girls will feature highlights of each cast member’s background.

People have been quick to condemn the series before the first episode has aired. While I’m sure drama and cattiness will be displayed for all to see I’ll keep an open mind to determine if the show resonates with me.