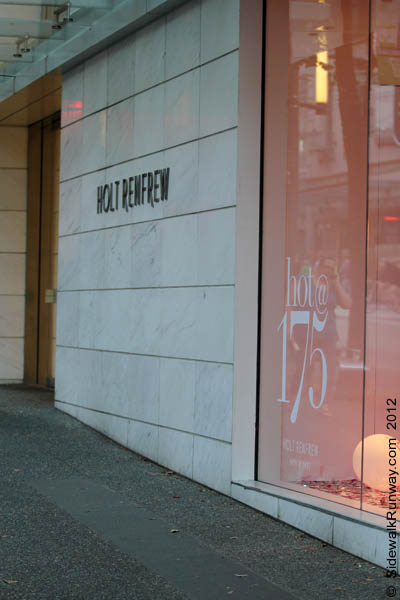 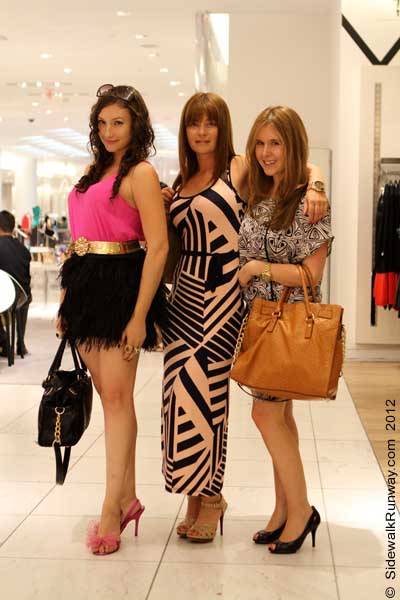 I walked along Georgia and when I reached Granville, I could see what looked like a festive party on the second floor of Holt Renfrew. Once inside the store I made my way towards the laughter and music. I reached the door and was met by an attractive blonde with a clipboard. I said I’m here to take a few photos for Fashion Night Out Vancouver (FNOV). She politely told me the party was a private celebration. She explained it was Holt’s way of celebrating its 175 anniversary with their VIP customers. I thanked her for her time and wondered, “Where was the FNOV celebration?” I guess sales discounts and staying open late was the extent of their participation…

As I made a bee-line for the exit I saw a lady in an amazing feathery mini skirt. I had to have a photo! Seconds later she was joined by two of her girlfriends.