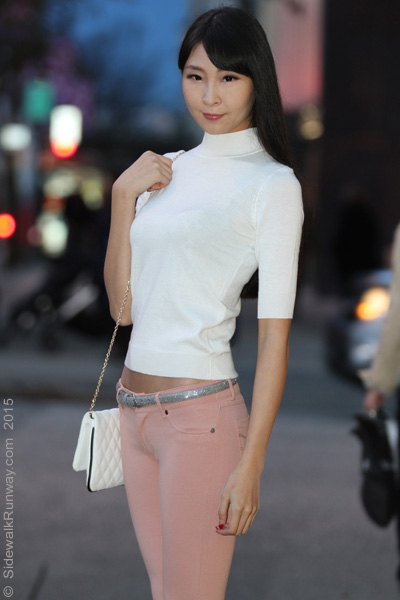 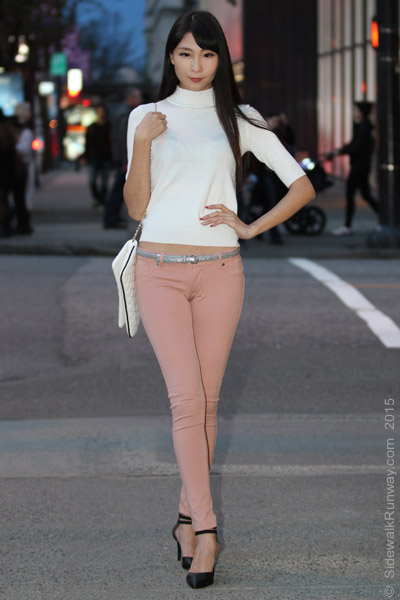 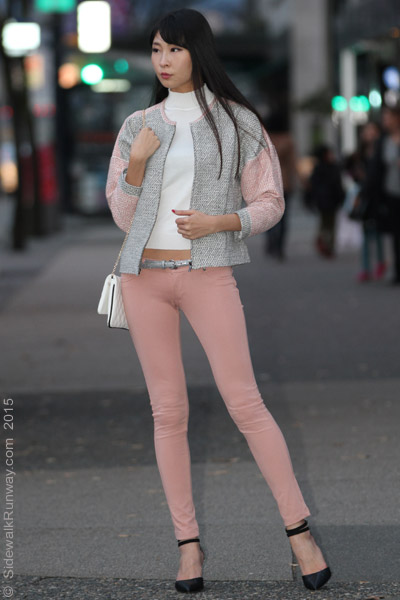 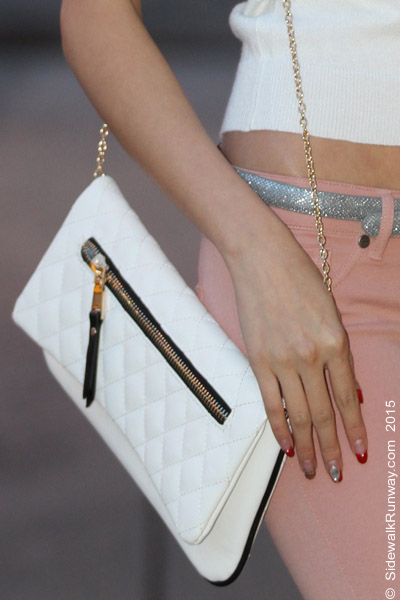 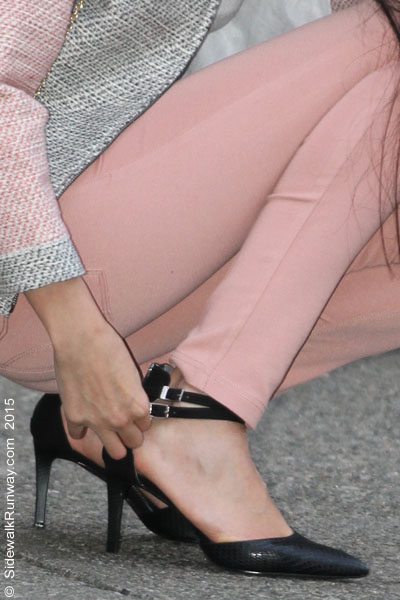 This was a planned shoot and Jessie is a model and Founder of J.Li Models   (a local modeling agency). Jessie prefers to wear the color black but today she let me pick her outfit. She said the bright colors reminded her of spring. After our shoot we sat down to chat about her career.

With a soft spoken voice she told me moved to Vancouver five years ago with a Journalism degree. Within a couple years she began her freelance modeling career. In 2014 she opened J.Li Models and as a testament to her success, in 2015 she’s organizing the same contest which crowned her as First Runner Up in 2013!

With the responsibility of presenting the models for this year’s contest, her agency received 200 applications in November. The list was narrowed to 70 by reviewing the applicant’s photo and bio. In December interviews allowed her to narrow the list to 30. In January, online voting and a small team of judges selected the final contestants. At present, 15 young ladies are receiving training leading up to the contest final on Tuesday, February 17th.

One winner will become the spokesperson and the first cover girl of CNTVNA Fashion channel. The top four winners will have the opportunity to work with New Silk Road (a Chinese modeling agency) and participate in the final competition in December 2015 (in Beijing, China). Visit www.cntvna.com/model/index.shtml for information about the show.