Founder Skye Natasha Lintott selected Deborah Yuen from a field of 10 contestants. Early in a pageant, Skye was struck by Deborah’s naturalness and quiet humble confidence. When I met with Deborah a week after the show she mentioned it was her first time speaking and performing in front of an audience. She confessed her legs were shaking just before she went on stage.   Once on stage she said, “I went with the flow and did the best I could.” For the talent portion Deborah played the Guzheng. The pageant also included fitness wear, day wear (by Rimpy Sahota) and evening wear (by Karmn). Contestants also created handcrafted items that were then auctioned to raise money for breast cancer.

When it comes to fashion, modeling, health and beauty Skye has a wealth of experience. However the messenger can be just as important as the message so Skye chose Deborah (19 years old) to connect with her younger viewers. Her duties have yet to be defined but it will involve volunteering and speaking at charity fundraisers   supported mySkyeBerryPie. Deborah will also be a runway model   for the site’s online store as well as local up and coming designers sponsored by mySkyeBerryPie. As Deborah settles into her new role, Skye begin mentoring Deborah. In turn Skye hopes that Deborah will one day mentor other girls.

Deborah entered the Miss Asian Vancouver contest as a suggestion by her mother. She is currently attending classes to become a make-up artist. After graduation she would like to travel to Japan and England to receive specialized training. Deborah also enjoys exercising and having lunch with her father on Sundays. 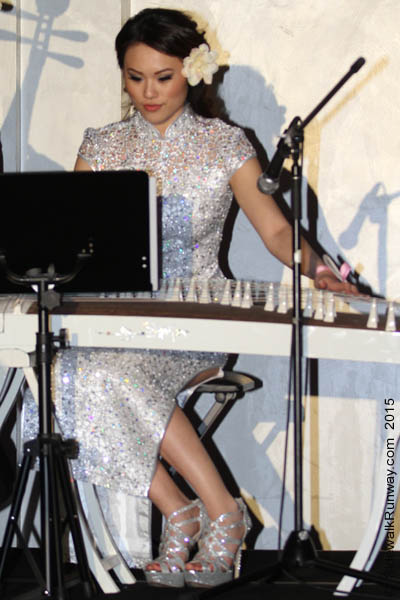 Deborah played “A Moonlit Night on the Spring River” 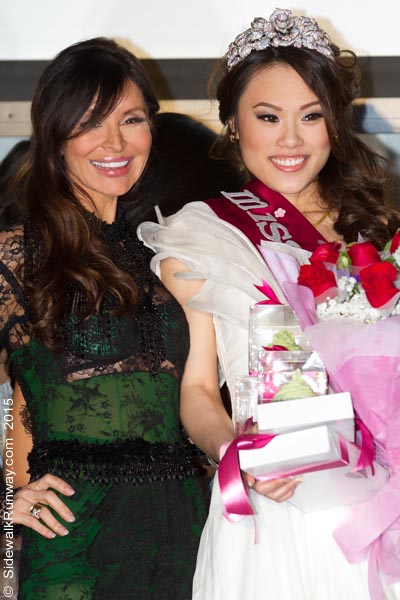 My Sidewalk Shoot With Deborah Yuen 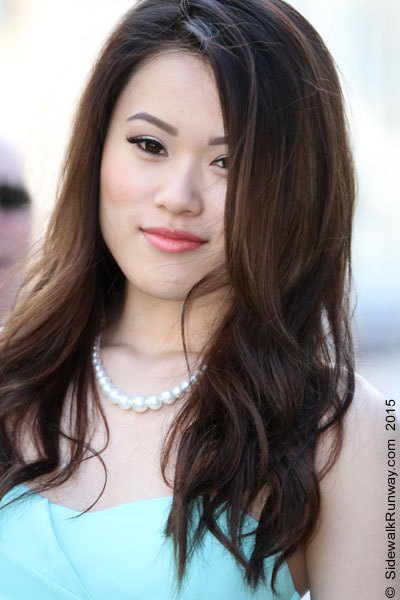 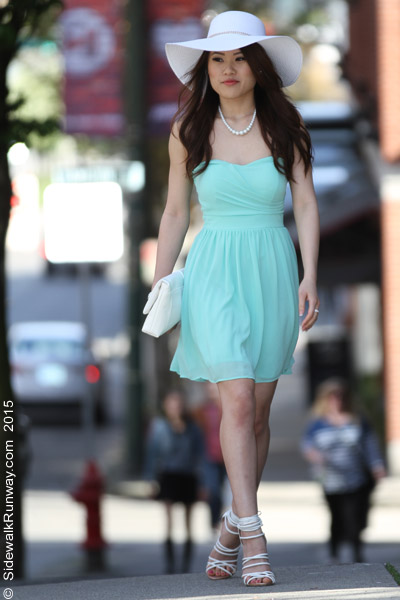 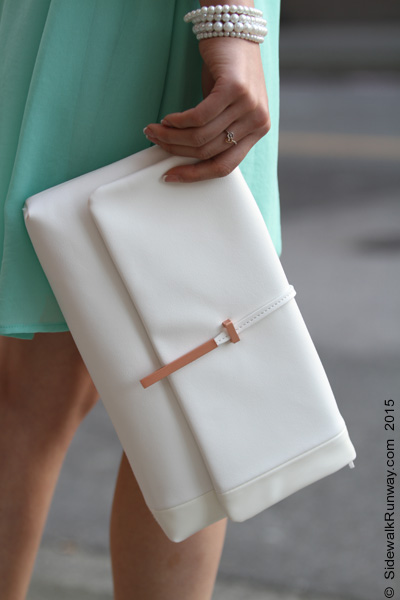 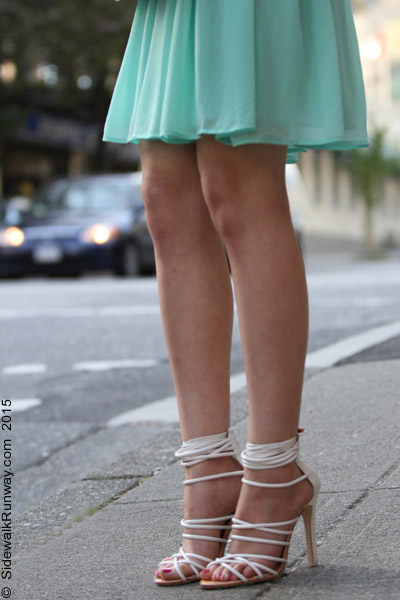 My inspiration for styling this shoot started when I saw Aldo’s Birchell heels. Not only did Deborah’s Guess dress match the style of the heels, it also matched the color. Many thanks to Aldo on Robson St. for the matching purse and sunhat. 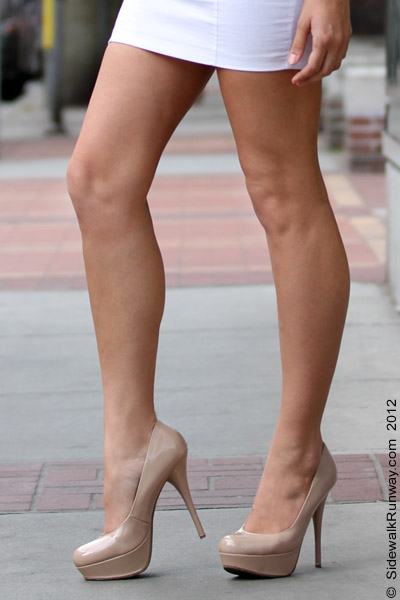 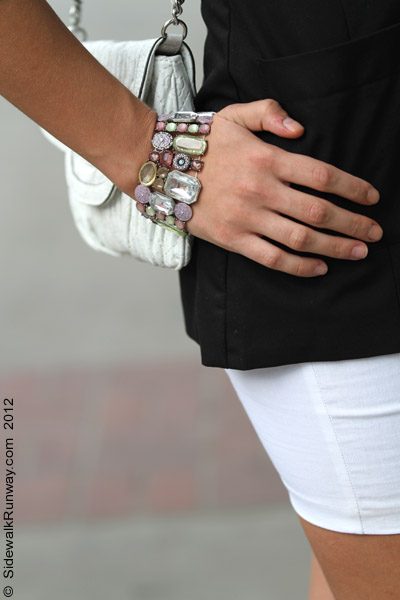 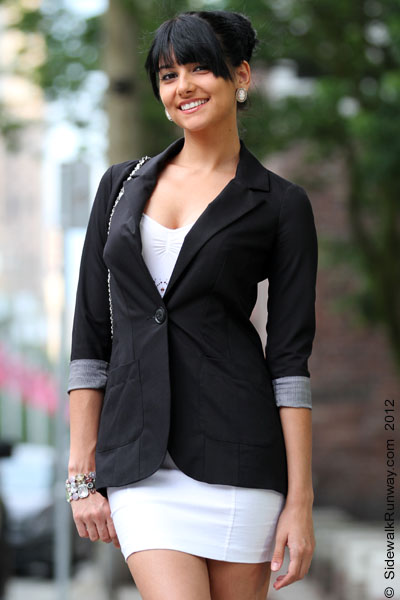 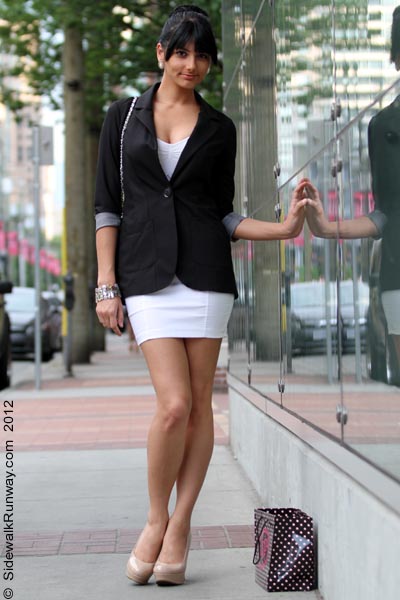 Svetlana was rushing to a birthday party but she stopped long enough to pose for a couple photos. Believe it or not, like most women on SidewalkRunway, Svetlana is not a model! She’s health care professional who likes to dress nice. Hmmmm… I wonder if the LaSenza bag contained a birthday present for her friend. 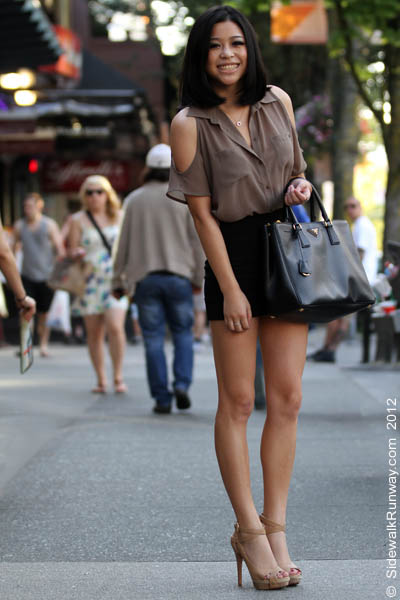 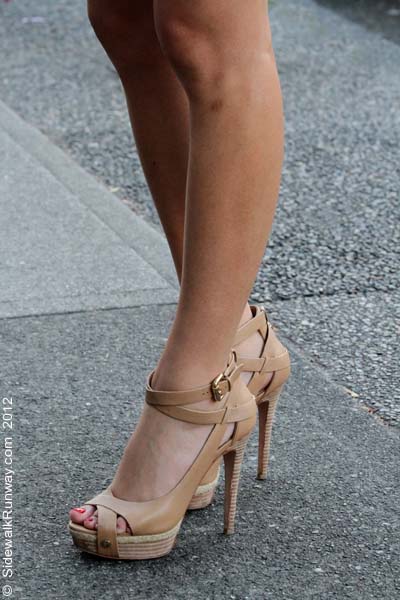 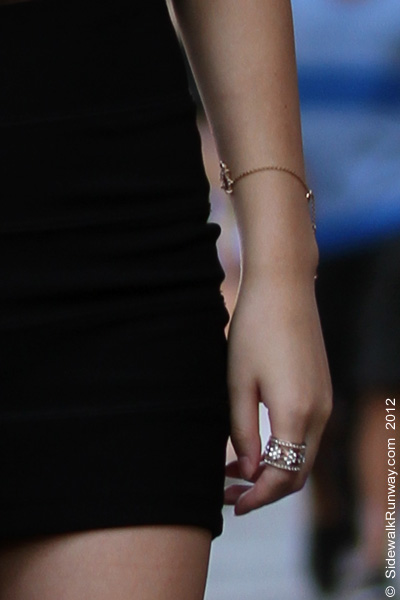 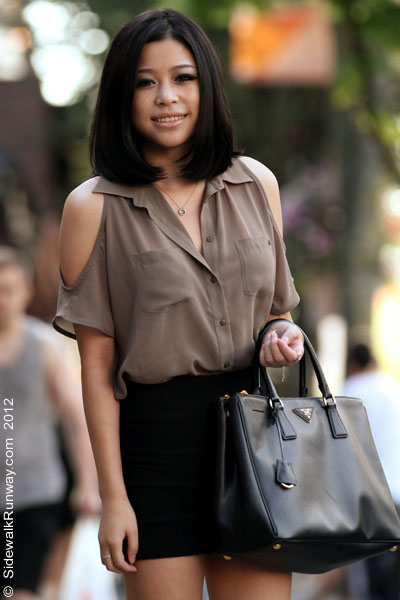 Natasha loves heels! She was headed to celebrate her girlfriend’s birthday.